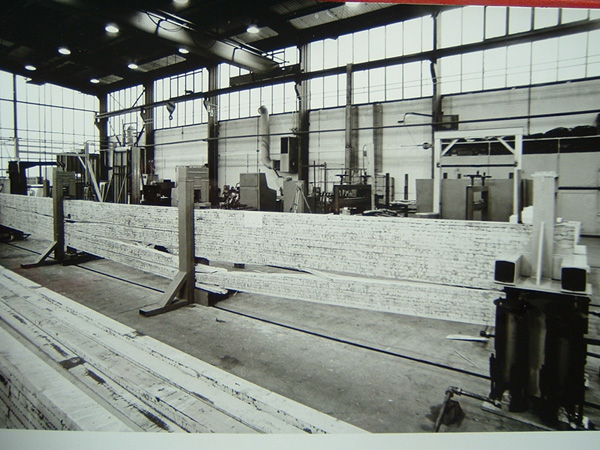 HFB ENGINEERING GMBH has its origins in “Institut für Bauelemente und Faserbaustoffe Leipzig” (BAUFA Institute), which, from 1969, acted as a “central testing, experimental and research body” and as a development institute for the Collective Combine Components and Fibrous Materials (BAUFA).

At the beginning of the 1970s the institute was already testing wooden ceiling elements in the testing hall along with glued laminated timber beams with a length of up to 18 m. Test stands for structural-physical tests and facilities for testing windows were available as early as in 1975. The institute was involved in a number of seminal developments, particularly in relation to inorganically bonded board materials. This also included the development of the gypsum-bonded chipboard. At the end of the 1970s the BAUFA Institute had more than 200 staff on its payroll and a number of branch offices, including locations in Dresden and Berlin.

Even before German unification, the BAUFA Institute was an autorised testing body of the governmental agency “Landesgewerbeanstalt (LGA) Nuremberg” and involved in the quality assurance of light multil-layer composites under a cooperation agreement.

After the fall of the Berlin Wall, the BAUFA combine was transformed into BAUFA AG in 1990. This coincided with the formation of BAUFA Engineering GmbH, a fully owned subsidiary of BAUFA AG.

The 1990s after privatisation

The private and independent testing and development institute, HFB, which had existed since 1992 was modernised through substantial investments and gradually achieved approval as a testing, monitoring and certification laboratory in accordance with regional building regulations. At the same time the number of manufacturing companies monitored by HFB, particularly in relation to wood-based materials, continued to grow steadily, both in Germany and in other countries. During the course of the 1990s the company also became involved in privately commissioned quality control activities for quality associations, sometimes in close cooperation with ift Institut f¨r Fenstertechnik Rosenheim e.V. in relation to RAL quality control of windows and front doors, and also carried out work commissioned by the quality association Gütegemeinschaft Polymerbitumen und Bitumen (GPB) Frankfurt/Main. Since the end of the 1990s HFB has also been involved in the official and privately commissioned quality control of prefabricated elements for timber panel construction houses on behalf of the guarantee association Garantiegemeinschaft Holzhausbau (GHB) and the quality associations Holzbau und Ausbau (QHA), ZimmerMeisterHaus (ZMH), Deutscher Fertigbau (GDF) and Holzbau Ausbau Dachbau (GHAD). The company had acquired the technical testing facilities that enabled it to offer additional services in this area. It is mainly in relation to cement and gypsum-bonded, chip and fibre-reinforced building materials, new window and door constructions and constructive timber construction that the company engages in the development of new products and methods, usually subsidised by agencies for the promotion of research belonging to central government and the Free State of Saxony .

In the following year, 1991, the testing body was already an accredited institute for tests to determine parameters for calculating the thermal insulation of windows (published in the German Federal Gazette [Bundesanzeiger]).

In 1992 the company was privatised through a management buyout while simultaneously changing its name to HFB Engineering GmbH. This was accompanied by the thorough restructuring and re-orientation of the company.

Since 2001 the institute has worked in close cooperation with the TECO testing institute (Madison, USA), which specialises in the certification of OSB and plywood for markets in North America and Japan.

Recommissioning of the test stand for measuring the thermal transmittance of building elements (after conversion and modernisation) in accordance with the new requirements of DIN EN ISO 12567-1 for the testing of window elements and French windows (Uw) and frame materials (Uf) in connection with the new European product standard DIN EN 14351-1 for windows and doors.

With a notification dated July, 19th, 2011 from the Deutsches Institut für Bautechnik Berlin (DIBt), HFB receives formal notification as an inspection and certification body in accordance with the Construction Products Regulation (CPR) for self-drilling screws as wood fasteners (EOTA ref. no. 06.03/08) – conformity verification procedure „2+” applies. This is the first time that HFB has been recognised as a inspection and certification body for timber construction products that are not made from wood as a raw material.

For the first time on October, 17th, 2013 HFB receives the DAkkS accreditations as a certification body according to DIN EN 45011:1998 and as a testing laboratory according to DIN EN ISO/IEC 17025:2005. These accreditations are the basic prerequisite for further notification by Deutsches Institut für Bautechnik Berlin as a certification and testing body within the scope of the conformity verification procedure for construction products on the basis of the Construction Products Regulation (CPR). 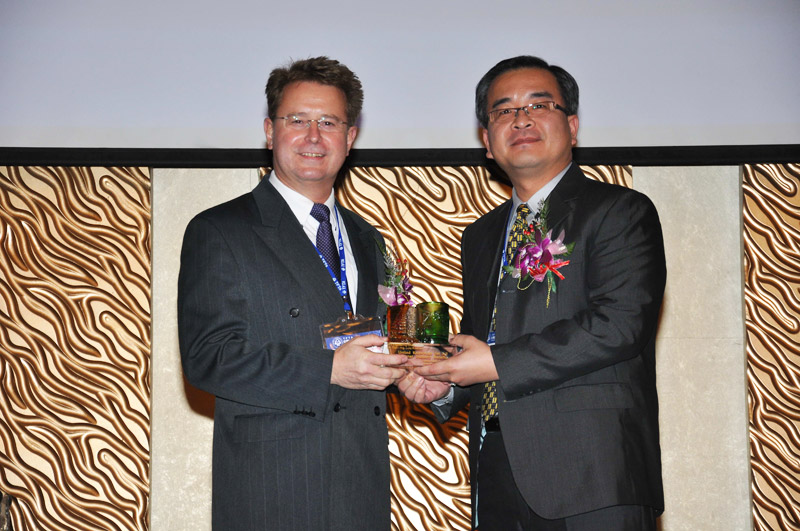 On the basis of a corresponding invitation by the Chairman of the Taiwan Fastener Trading Association (TFTA), Mr. Jim C.N. Chen, Mr. Dipl.-Ing. Lutz Röwer gives a presentation on the subject of “CE marking of wood screws” in Tainan (Taiwan) on December 6th, 2013. The occasion is TFTA’s year-end event with participants from about 200 manufacturing companies. 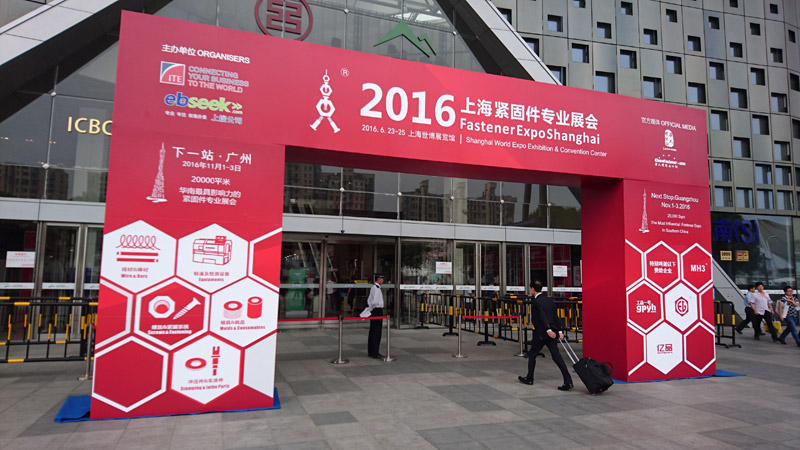 In June 2016, HFB is participating in a trade fair outside Europe for the first time, presenting HFB’s testing and certification services at Fastener Expo Shanghai from June 23rd – 25th, 2016.

HFB puts into operation a newly equipped testing laboratory for the testing of wood fasteners, in particular wood construction screws. The equipment includes a testing machine for determining the breaking torque and the insertion moment test machine, a testing machine for determining the yield moment and a measuring projector for high-precision measurement of fastener dimensions.

After successful extension of the accreditation by the German Accreditation Body (DAkkS), HFB receives the accreditation as certification body for construction products according to EAD 130090-00-0303 – Wood-concrete composite slab with dowel-type fasteners (AVCP system 1) by the Deutsches Institut für Bautechnik Berlin (DIBt) on March 09th, 2018.

NOTIFICATION according to
the construction products regulations (EU)